Tools I Needed to Rewire My Utility Trailer 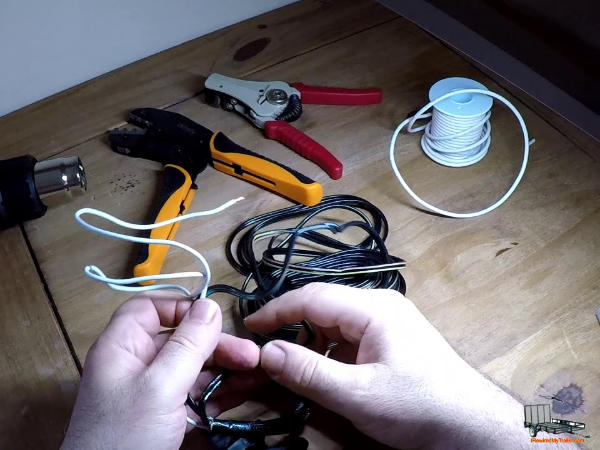 Properly rewiring the lights in a utility or boat trailer requires a few tools, most of which I already had because I frequently perform DIY wiring projects.

Most of the tools needed for wiring a trailer are available at better auto parts stores or hardware stores; but because quality electrical tools are specialty items, you probably won't find all of them at any one local store (especially if you want professional-quality tools).

Fortunately, however, all of the tools needed to rewire a trailer are available on Amazon, generally with free shipping if you're an Amazon Prime member.

As with tools in general, the quality of wiring tools varies from truly-atrocious on the low end to professional-quality on the high end. If you're planning a trailer-rewiring project of your own and are on a budget, the most important advice I can give you is not to skimp on the crimper. If you want quality crimped connections, there is no substitute for a quality crimper. You have more wiggle room on the rest of the tools. You can get away with a cheap wire cutter, but there's no substitute for a good crimper.

The tools I used or had available for my trailer-rewiring project were:

Most of the videos were recorded with an older-model GoPro Hero camera. The newer Hero action cameras provide higher-resolution video, I'm told. A few of the photos and videos were taken using a OnePlus 7t phone. I edited the videos on a homebuilt video-editing computer using Magix Video Edit Pro.