How I Protected the Wiring on my Trailer 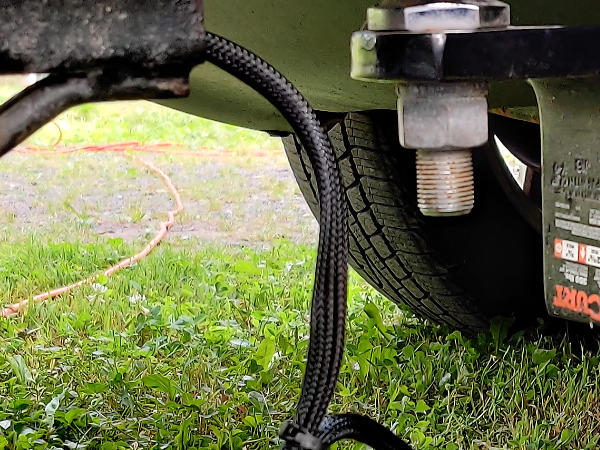 Trailer wiring can be a frustrating thing.

I don't mind DIY projects. In fact, I look forward to them. I'm a tinkerer from way back. But it seems as if I've spent an inordinate amount of time messing with trailer wiring.

I mean, I've driven old cars that had been driven nearly daily for 10 or 20 years with no wiring failures. So why should a trailer that's used infrequently require wiring repairs so often? It makes no sense.

That's why this time around, I went the extra mile to protect my trailer's wiring using methods that I hope will extend the life of the wiring harness and reduce the chances of premature failure. I wanted to make the trailer wiring as bulletproof as possible.

I began the process of deciding how to best protect trailer wiring from corrosion, UV light, moisture, physical wear, and short circuits by comparing trailer wiring to wiring used in automobiles, maritime vessels, and aircraft wiring, in each of which kind of wiring I have some experience

Why Does Trailer Wiring Fail?

In my opinion, the main reason why trailer wiring is so prone to failure is that it's getting hard to find quality wire these days. Back in olden times when I started driving, the standard for trailer wiring was 16-gauge copper. Nowadays, a lot of "economy" trailer wiring harnesses use 20-gauge copper-clad aluminum, which is thinner and much more fragile than pure copper. (The higher the wire gauge number is, the thinner the wire.)

Another problem with copper-clad aluminum, especially if you're using incandescent lights, is that aluminum is only about two-thirds as conductive as copper. The copper coating on CCA wires helps improve the conductivity compared to unclad aluminum, but it's still less-conductive than pure-copper wire of the same gauge.

Long story short: If you can find a pure copper trailer wiring harness, jump on it like a cat on a bird. They're becoming rare.

Reason 2: Connectors that Damage the Wires 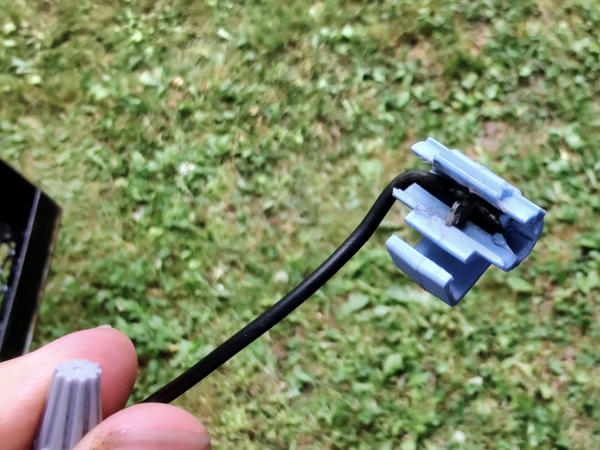 The electrical connectors used to wire trailers also contribute to the high failure rate. The easiest, fastest, or cheapest way to connect wires is seldom the best, longest-lasting way.

I hate these connectors. I mean, think about how this connector works. It slits the insulation on the wiring between two knife-like jaws. That exerts physical stress on the wire, nicks the conductors, and creates a break in the insulation that can allow moisture to prematurely corrode the wire at the splice point. It makes no sense. It's practically a recipe for electrical failure.

That's why when I replaced the wiring on my trailer this time around, I used heat-shrink wire connectors. They provide a better connection and are more weather-resistant than inline taps. I have a page that discusses why I used heat-shrink connectors, and how to properly use them, which you can find right here. 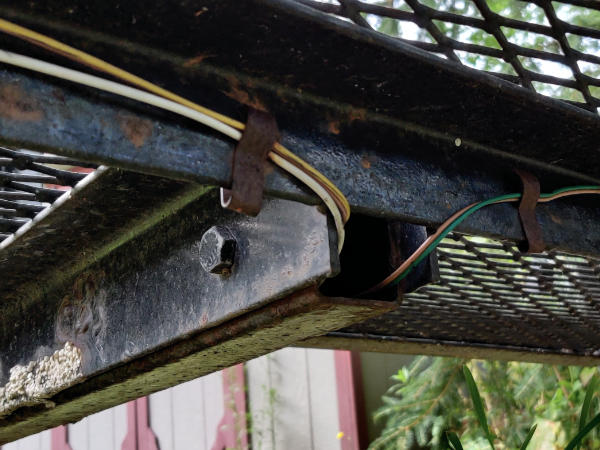 That's my trailer in the picture, and the way they ran the wiring is one reason I decided to replace it.

The wiring itself is fine. In fact, it's better-quality wire than most aftermarket harnesses use nowadays.

The problem is that like most trailers, my trailer is made of steel and has a lot of sharp edges. You don't have to be an electrical engineer to know that running unprotected electrical wires past the sharp edges of a steel trailer's chassis is eventually going to cause problems.

Trailers bounce around a lot, and that bouncing causes the wires to rub up against each other and against the trailer's chassis. Over time, that can cause electrical shorts and other failures. For example, a situation where a turn signal or brake lamp is always on usually means that the brown wire is shorted to the yellow (left) or the green (right) brake / hazard / turn signal wire.

A worse situation, however, is when the green, yellow, or brown wire shorts to ground. That type of short can cause damage to the tow vehicle's trailer lighting converter. Not all of them have user-replaceable fuses or resettable breakers. Some of them simply cannot be repaired if the wiring in the trailer shorts out. You have to tear the converter out and install a new one. (Don't ask me how I know.)

When wiring in cars, boats, ships, and airplanes has to be routed past possible sources of abrasion or wear, it's always protected by some sort of sheathing or wire loom. Most trailer wiring, on the other hand, is unprotected except by its insulation. That's why I decided to encase my trailer's entire wiring harness in wire loom when I rewired it. Wire loom is basically a sheath that goes over the wiring to protect it from damage. Specifically, I used clean-cut expandable braided sleeving because it would be easier to pass through the tubes the wires on my trailer are routed through.

Here's a short video illustrating one of the places where I wanted my trailer's wiring to be protected.

There are different types of wire loom, any of which would have offered decent protection of the wires from the sharp edges of the trailer chassis. The more popular type is split plastic wire loom, which is made of polyethylene, polypropylene, or similar plastics. It has a slit along one side that you can shove the wires into. It provides very good protection and is inexpensive. Spiral loom also would have worked reasonably well.

Another option, and the one I probably would have used if my trailer didn't already have metal tubes that protected the wiring for part of its journey, would have been PVC electrical conduit and fittings. It's easy to work with, inexpensive, and would have provided excellent protection. But it seemed wasteful in my case because of the trailer's existing metal tubes, which protected at least some of the wiring. 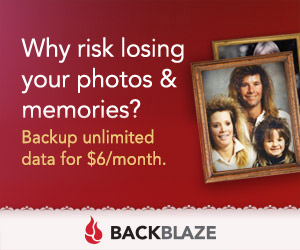 In my case, therefore, I decided that clean-cut braided sleeving, although a bit more expensive and somewhat harder to work with than split loom or spiral loom, would be the best way to protect my trailer's wiring. It provides better protection than spiral loom, and would more easily fit through the metal tubes in the chassis than split loom. It also looks pretty nice, as trailer wiring goes.

No solution is perfect, however. One problem with braided sleeving is that it has to be cut with a hot knife or else it will unravel. I didn't have a hot knife cutter and don't use braided sleeving often enough to justify buying one. My workaround was to cut the sleeving with a scissor, a little longer than needed, and trim of the unraveled parts after installing it over the wires. I then used heat-shrink tubing to secure the ends in place. It worked out just fine in the end.

There's also one downside to encasing trailer wires in any kind of wire loom: If the wires do fail or short, the wire loom will make troubleshooting and repairing the fault a bit more tedious because the wire loom will have to be removed. I guess everything in life is a gamble in the end. I decided that protecting my trailer's wiring from damage to reduce its chance of failing was worth the extra bit of work.